William Morrow
Newly updated and backed by decades of research, this classic guide will equip leaders and team members alike to unleash the power of teamwork.

Never before in the history of the workplace has the concept of teamwork been more important to the functioning of successful organizations. Ken Blanchard, bestselling coauthor of Raving Fans, The One Minute Manager® and Gung Ho!, teams up with Donald Carew and Eunice Parisi-Carew to explain how all groups move through four stages of development on their way to becoming high performing teams—orientation, dissatisfaction, integration and production. The authors then show how a manager can help any group become effective quickly and with a minimum of stress.

About The Authors:
Ken Blanchard is an international bestselling author and motivational speaker whose books, including The One Minute Manager®, The One Minute Entrepreneur™, and Leading at a Higher Level, have sold more than eighteen million copies in thirty languages. He lives in San Diego, California.

Eunice Parisi-Carew is a recognized leader in team building, leadership and organizational change. A former faculty member at the University of Hartford and American University, she is also cocreator of the High Performing Teams product line offered by The Ken Blanchard Companies. Currently she is senior researcher with the Office of the Future at The Ken Blanchard Companies, studying future trends and their implications for leaders, organizations and business practices.

Don Carew has earned a reputation as a top authority on group dynamics and team building. He is a professor emeritus at the University of Massachusetts, where he directed and taught in the graduate program on organization development from 1965 to 1994. He is a founding consulting partner of The Ken Blanchard Companies and a cocreator of the company's High Performing Teams product line. 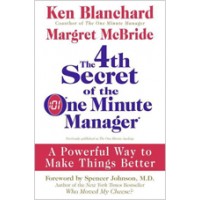 The 4th Secret of the One Minute Manager: A Powerful Way to Make Things Better 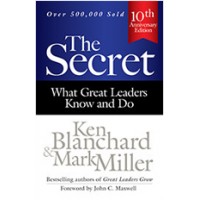 The Secret: What Great Leaders Know and Do, 3rd Edition, Sep/2014