An Unexpected Journey: Path to the Presidency, Oct/2011

Here Singapore's President S.R. Nathan tells his own story, taking the reader back with him to his childhood, to modest beginnings and life as a runaway in Singapore and Malaya, and then the experience of renewed hope during the Japanese occupation. After a belated and limited university education, as well as a short spell as a social worker dealing with seafarers, he witnessed from inside the Labour Reserch Unit the birth of Singapore's modern trade union movement. Shortly after Singapore achieved full independence, he joined the staff of the newly established Ministry of Foreign Affairs, retiring - as he thought - as Permanent Secretary. However, he did not retire. After being asked to run the Straits Times newspaper for a time, he served as High Commissioner in Malaysia and Ambassador in the United States. Few people have packed so much into a life. And then, at an age when most people are well beyond the end of their working lives, he was elected President of Singapore, in which role he has won the hearts of many people in Singapore and abroad. 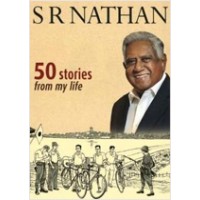