Looking back... there are some useful lessons from [S R Nathan's] experience over the years.
~ Channel News Asia


S R Nathan is one of Singapore's most distinguished public servants. Born into poverty, he survived family tradegy, destitution and the Japanese occupation. After getting a university diploma as an adult, he worked his way through the civil service ranks to become successively a mediator in trade union disputes, a foreign affairs expert, a manager of a media company, a diplomat and a two-term president of Singapore.

He has been an eyewitness to Singapore's history before and after independence, with an insider's view of many key events at home and abroad.

It is easy for the younger generations of Singaporeans to assume that the good fortune they now enjoy was easily won. For them, and for anyone interested in Singapore and its history, Mr Nathan has selected 50 episodes from his personal and official life, which offer insights from which the up-and-coming generation will benefit.

About The Author:
Mr S R Nathan, former president of Singapore, completed his second and last term of office at the end of August 2011.

Before he was elected president in 1999, he had an illustrious career in the Singapore Public Service, overseeing various portfolios in his 50-year career and spanning the fields of labour welfare and foreign relations. He began his service as a medical social worker, followed by six years as a seaman’s welfare officer and eventually rose to helm the Labour Research Unit as director in January 1964, when he also helped to establish the National Trades Union Congress (NTUC).

Following Singapore’s independence in 1965, he served in the nascent Ministry of Foreign Affairs as assistant secretary, before progressing to Home Affairs and then to Defence. He returned to the Foreign Ministry in 1979 as first permanent secretary for almost three years before retiring officially from the civil service.

Subsequently Mr Nathan served a stint as executive chairman of The Straits Times Press before becoming Singapore’s high commissioner to Malaysia (1988–90) and ambassador to the US (1990–6). On his return, he established the Institute of Defence and Strategic Studies (now the S. Rajaratnam School of International Studies, RSIS) at the Nanyang Technological University (NTU), and served there until 1999, when he was elected president of Singapore.

Mr Nathan is now a Distinguished Senior Fellow at the Singapore Management University (SMU), as well as at the Institute of South East Asian Studies (ISEAS) of the National University of Singapore (NUS) and at NTU. He is also chairman of the CapitaLand Hope Foundation.

He has authored three books. The first, Why Am I Here, details his work assisting seafarers, and the second, Winning Against The Odds, describes the struggles in establishing the NTUC. Mr Nathan published his personal memoirs entitled An Unexpected Journey: Path to the Presidency, in September 2011. 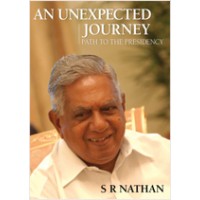 An Unexpected Journey: Path to the Presidency, Oct/2011 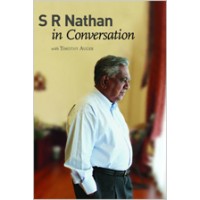